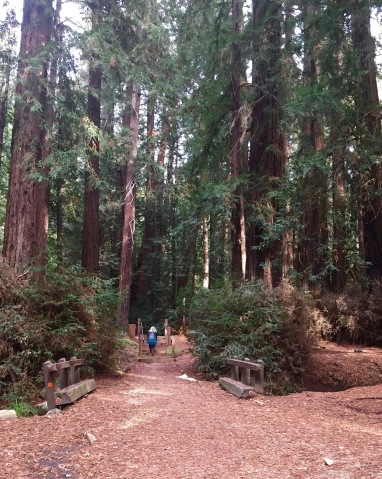 It’s been ten days since I walked (okay, drove) out of the woods at the Big Sur Writing Workshop, and I’ve had a lot to think about–and work on. I got good feedback on two projects and left with a clear idea of which one to work on first and what to do with it. 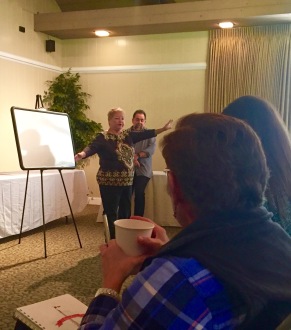 That, I believe, is called progress!

Here’s what I liked about this workshop:

Nice people attending, including Nadine (front, right) who wound up sitting with me maybe more than she might have liked.

Despite years of attending work events and mingling with people, I still find that activity exhausting. One of the nice things about the Big Sur group is that lots of other people seemed to feel the same way, so people were sociable but not too. There was enough down time to write and regroup. Maybe not enough time to sleep. But I caught up on that later.

I emailed Caroline after it was over, letting her know it had been good for me to attend. Here’s what she wrote back: “That is so exciting about the coach’s feedback. Think of how far we’ve come since you got us started last January!”

That really made me smile. With just a couple of weeks left in this year, I can see we are getting somewhere, both of us, because we’re making a focused effort to do it, helping each other keep going, and being just a little more aggressive.

The workshop, in case you want to know more, is organized by the Andrea Brown Literary Agency and The Henry Miller Library. It lasts for one weekend. The focus is children’s literature. You can find more details here.